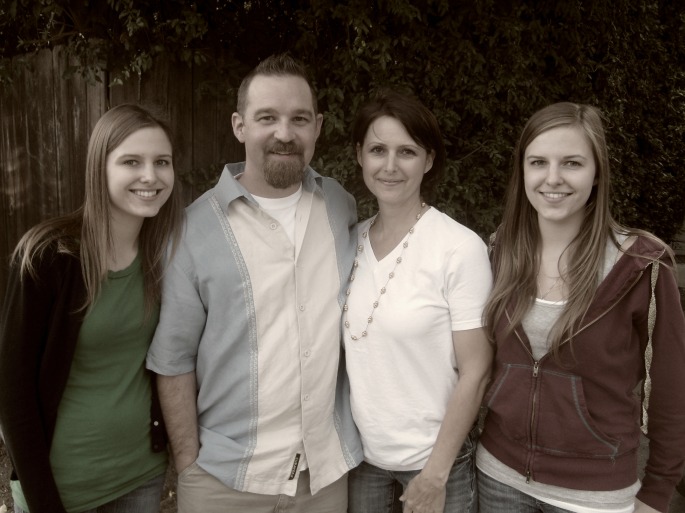 I’m incredibly proud of my kids.  I’m biased, sure, but I contend my kids are pretty damn awesome.  And not just because I’m biased.  Because I think it’s true.  Understand something, too, that I’ve always been pretty….strict, maybe…in my expectations.

Years ago, I was sitting in a sterile, non-descript room with a dozen other kids my age that could have all passed as my brothers.  We were small-ish, blonde-ish, fairly non-descript ourselves.  We had the good, wholesome look, for whatever that’s worth.  This baker’s dozen of hyper aware, talented or talentless, mid-western looking young men all had the same goal.  Get a job playing make believe in an industry where superficial is modus operandi and ego is a four letter word.  The “child actor”.  The ranting, raving, prissy little twit who could memorize a line, could be funny on cue, look innocent (when they were anything but), all under the styling of a haircut via bowl #4.

I vividly remember sitting in this room.  Boys bouncing off the walls as if pulled from the vending machine for a quarter and released into the wild.  Children.  Behaving as if the ability to pretend to be someone else was some noble birthright that should have come with land and title and minions.

This woman was the reason.  The reason these prissy little twits existed in the first place, but also the reason they WERE prissy little twits.  Imagine sitting in this room with a dozen boys speaking to their parent as if they were CEOs barking at an inept assistant who had been assigned to them from the temp pool.  You think I’m kidding.  I’m not.  Those stereotypes you may have heard about both child actors and stage moms, they exist for a reason.  They’re true.

Even I had my moments.  I’d let slip a sarcastic or frustration fueled comment in the direction of my mom.  Once.  Not only did it get me nowhere, it didn’t last long.  I was quickly reminded I enjoyed my time as child actor at the pleasure of my mom.  At any time she felt I wasn’t behaving and/or deserving of the opportunity to audition for jobs, we’d be on the road home.  And unless I could secure a drivers license at twelve (Full Disclosure: I couldn’t) I was humbled into submission.

The truth was, I didn’t really like the behavior of those other kids.  When reminded that I was maybe starting down that same road, I didn’t like it in myself either.  That truth remains.  I’m terribly blessed to have such an amazing mom who refused, beyond all measure, to buy into the role of “stage mom”.  If that’s what success for my career meant, then it meant I would be choosing a different career path.

I’m lucky.  I not only had a pretty cool run as a child actor, but I escaped with my sanity, my dignity, and a woman whom I respect.  My mom.  I love that woman.

Like Luke Skywalker, I’ve been tempted by the Dark Side and survived.  Which brings me back to my initial thought.  I’ve seen kids at their worst, which makes me paranoid about my own.  I don’t want them to be those people.  During their childhood, my expectations reflected that.

We didn’t always get along, my kids and me.  They didn’t give me a manual when I became a parent and, well, I made a lot of mistakes.  I only knew two things for sure.  1) My job is to protect my kids and 2) I wanted them to be awesome.

Although I have made a lot of mistakes in my life, marrying my wife was not one of them.  The opposite, in fact.  I knew deep down early on in our relationship she was a special woman.  For a long time I didn’t know how special.  She continues to surprise me.

All these years later, I recognize my kids are awesome.  All of the stress and heartache and worry that I’ve suffered externally and internally over the years and today I can boast from the rooftops that my kids are awesome.  They aren’t the snotty, bratty, prissy little twits I’ve feared since my own childhood.

My wife is this quiet force in our lives.  She is fiercely loyal, to her children first.  She was born to do one thing better than she does anything else…Be a mom.

Our lives depend on balance.  The ebb and the flow.  When my wife needed to be the fighter, she was the fighter.  When she needed to be the calming energy, she was the calming energy.  She took her job as mom seriously, more seriously than I’ve seen any other person before or since.  For her to defer her own gratification or satisfaction wasn’t sacrifice, it was responsibility.  She hasn’t skipped a beat in our children’s nearly 25 years of existence.

My kids are the best of my wife.  Because of my wife.  They may not see it yet, but I wouldn’t be surprised if they do.  They’re smart, my kids.  They take after the woman who birthed them, who raised them, who loves them.

We’ll celebrate together on Sunday.  Mother’s Day.  In truth, we can’t cram enough appreciation into one day.  But we’ll try.  I’m incredibly proud of my kids because my wife is awesome.

I love you honey.