When I first started doing GimmeFive, I reached out to artists that I know and whose work I love. But the world is a pretty big place, and I’m a pretty small guy. I miss a lot. What better way to learn about new artists then from other artists? So…I asked my friends who they would recommend for GimmeFive. This is our discovery together.

GIMMEFIVE celebrates the independent artist.  Our spotlight will give you an inside look into the mind of an artist.  This next artist will be performing in the Los Angeles Area at the world famous Hotel Cafe on January 18th, 2015 (click for tix).  Be sure to check out his work, and tell him Greg sent you…

(Greg’s Notes: One of the first names to come across my desk was Barry Harris.  He’s a singer. He’s a songwriter. He has a band. His story of music is an interesting one, filled with a youthful passion that is infectious. You can’t help but be drawn to someone so enthusiastic about music! In listening to his recent cut “Off the Air”, I got a wonderful sense of Styx’s Dennis DeYoung in Barry’s voice. It has that enthusiasm I mentioned, but it also has that great tone and dramatic quality that makes me think Styx. But don’t get me wrong, Barry is an original. Check out his story, and follow along as I asked Barry Harris to GimmeFive!)

“I graduated from USC in 2013 from their popular music program. I was among the first class admitted to the program, which was the first undergraduate degree of its kind at the time. While I was USC, I studied with Patrice Rushen, Lamont Dozier, and Melissa Manchester. Melissa was my private songwriting instructor; working with her was one of the greatest thrills of my life.

At USC, I started a band called “Barry Harris & the Euphoria.” I didn’t want to conform to the label of “singer/songwriter”, nor did I want to join a band, so The Euphoria emerged as an intriguing 3rd option. The concept of it is simple: do you remember the greatest concert you’ve ever seen? Could you describe it in one word? I can… Euphoria! I combined many of the performing approaches that I loved, but nobody had ever put them together before: the larger-than-life presence of Bruce Springsteen, the angry-young-man attitude of Billy Joel, and the down-to-earth storytelling of Barry Manilow.” – Barry Harris

What inspired your latest project?

My latest project is my band’s second EP, which is in progress. The project always starts with me: my intimate thoughts and my self-expression as an artist. When the band shows up, everything goes in a completely different direction; I trust their instincts. Once I set the parameters, such as harmonic changes, that’s the place where I stop. For this record, the dynamic between each of us shines as we overdub every part one-by-one. The creative intimacy we share is biggest source of inspiration for the new record.

Why did you become an artist?

My parents met through a Barry Manilow fan club and named me after him, so I grew up around his music. As a toddler, I conceptualized “Barry Manilow” as a utility: flip the switch and the light comes on, turn the faucet and water comes out, turn on the radio and “Barry Manilow” comes out. They took me to my first concert at the age of 3, and I was shocked to see a guy walk out from the behind the curtain and perform all of the songs I knew! That incredible experience demystified the process of making art for me; it was accessible to me because Manilow made performing look so effortless. Everything I do today traces back to that pivotal moment in Camden, NJ in 1995.

Who is your favorite fictional character and why?

Forrest Gump. I have an incredible zest for history, but at the heart of it is my fascination with cause-and-effect. I am guilty of labeling too many personal moments with the hyperbole “history in the making!” I am a part of the last generation who will have clear memories of what it was like to live before the Age of Information. Forrest Gump is a great example of how those who change the course of history weren’t initially setting out to do so; they were just searching for their own self-fulfillment.

If you were a spy, what would your codename be?

Reginald Dwight, which was Elton John’s birth name. If I had to be somebody other than me, I like the sound of Reginald.

What profession other than your own would you like to attempt?

It would probably be a career in television. At my core, I am a communicator. I love to tell stories, which I do through my music and my concerts. However, if I had to build a career from the ground up, I’d choose television because it’s all based on telling stories. As a broadcast journalist, I would tell stories in my own words, using other people’s words or through pictures. There’s more variety in television, but I stick to music because the “limit” of 88 notes keeps me focused and sharp! 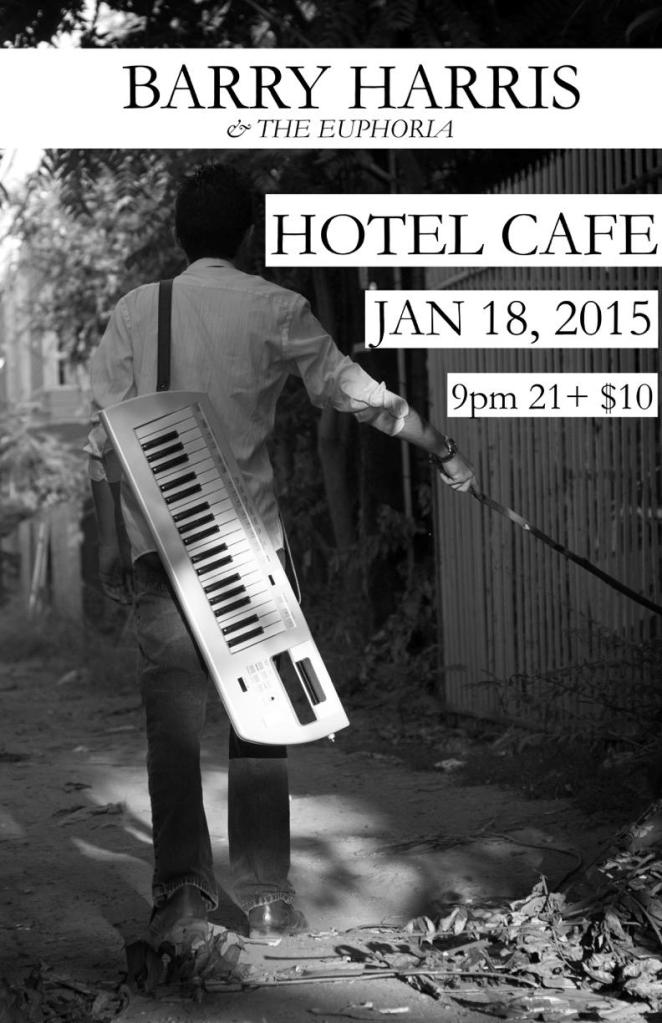