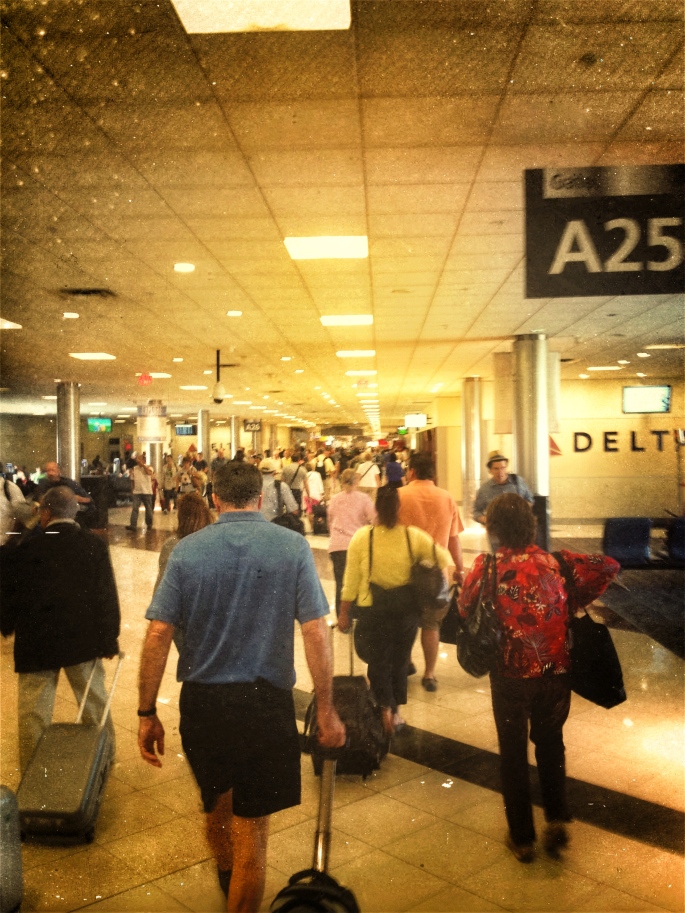 The truth is I was early.  By like thirty five minutes.  So the fact that I was left waiting isn’t anyone’s fault but an eager junior airline pilot and maybe a tailwind screaming out of the Southeast.  Hey, I was in the Southeast and I was screaming to get out of there too.

Anyway.  There I was.  Waiting.  Not like waiting at a hospital waiting.  You all read that story.  Or maybe you didn’t.  Regardless, it wasn’t like that kind of waiting.

I’d been gone for twenty one days.  More family business to attend to in North Carolina.  Everything’s good, I just needed to spend some time there.  Which meant I would be spending time away from home.  Three thousand miles from home.  And, well, I’m kind of a homebody.

So the day comes for me to head home.  It’s never easy to leave family.  Especially my mom.  Especially now.  But the time had come, and honestly I was ready.  Now, mind you, I wasn’t really ready to hop on a plane for hours.  I LOVE to travel, but I just hate sitting on a plane for hours.  It’s numbing.  It’s droning.  But my tales of woe on a plane are for a different day.  Needless to say, I was ready to be home.

Twenty one days is the longest I’ve ever spent away from my wife and kids, too.  In twenty years, it’s never been more than a few days at most that we’ve spent apart.  My friends, my dog, my house.  Are you getting the point?  I was homesick.

The pilot told us we were early.

I felt like a nomad walking through the terminal.  A zombie.  Less World War Z and more Shaun of the Dead, but a zombie nonetheless.  I tried walking slow, but anyone who knows me knows that I don’t really ever walk slowly.  Too many years of being the short guy with tall friends.  Like a little puppy taking two steps to every one of theirs.  Is it my fault I have such Neanderthals and Sasquatches as friends?  The jury is still out.  So, I didn’t speed walk, because I was all zombie-like, but let’s face it…Even in an airport as big as LAX how long does it really take to get to the curb?  With my stubby little legs I made it ten minutes flat.  Usain Bolt eat your heart out. 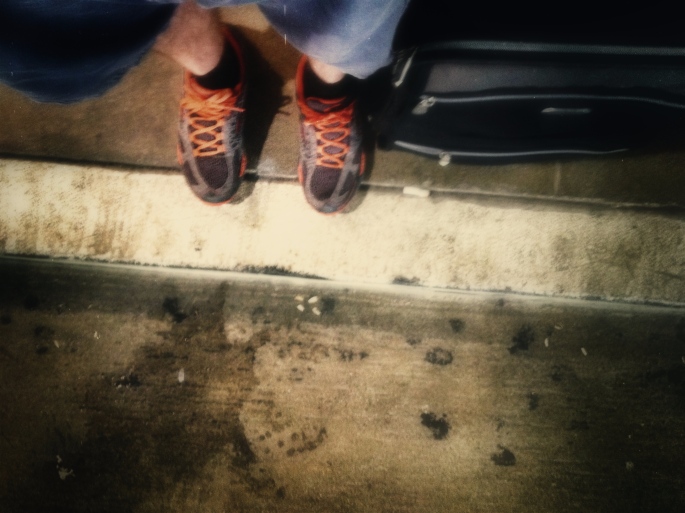 This is where my story turns tragic.  Ok, maybe not tragic so much, but sad.  Maybe even a little pathetic.  The curb.  I’d already been texting my wife.  My wife, the pick-up driver.  I joked that she should have already been waiting for me, as it had been twenty one days since she had seen me too.  But as she so wisely pointed out later, her timing was perfect to pick me had I been on time.  So alas, she was still making her way and I had already made the curb.

She told me where she was.  She told me she was on her way.  She told me to quit texting her because Siri could only do so much.  She’d get to me when she could get to me.  I was early, after all.  I knew.  I didn’t want it to be true, but it was.  Still, I staked my spot out on the curb and I waited.  That’s when it hit me.  At that very moment, jet-lagged and alone, tired and waiting, it hit me.

This is what dogs feel like at the pound.

I stood there, watching the cars drive by.  I, with my eager face and perky demeanor.  Oh, I knew that Prius wasn’t for me, but I stood up nice and tall for it anyway.  The driver rolled by slowly, looking my direction through the passenger window, a disapproving look on their face because I wasn’t the perfect puppy they had hoped for.  And then my shoulders would slump, watching them pass me by, knowing I would still have to wait to be picked.  And then, oh, wait…Is that my car?  Was she kidding when she said she was still twenty minutes out?  It looks like my car…Is that a woman?  Nope.  It wasn’t.  My shoulders sagged again.  Still at the pound.  Still waiting to be picked.

I would get fooled by the beautiful brunette driving the Mercedes, her eyes brightening to a smile when she saw me. My tail began to wag.  Was it my wife?  Did she buy a new car?  Is this the one for me? What?  Oh…she’s smiling at the guy walking up behind me?  Oh.  He got picked before me?  Oh.  Ok.

And callously think “What is that beautiful woman doing with THAT guy?  Sheesh.”

Then my puppy dog eyes would grow wide once again.  I think this is it.  I think this is my car!  I’d forgotten about all the loneliness.  I was ready to go home.  But once again I was let down.  Just as the car rolled toward me my phone rang.  It was my wife.  Confirming my airline terminal.  She was close.  Real close. 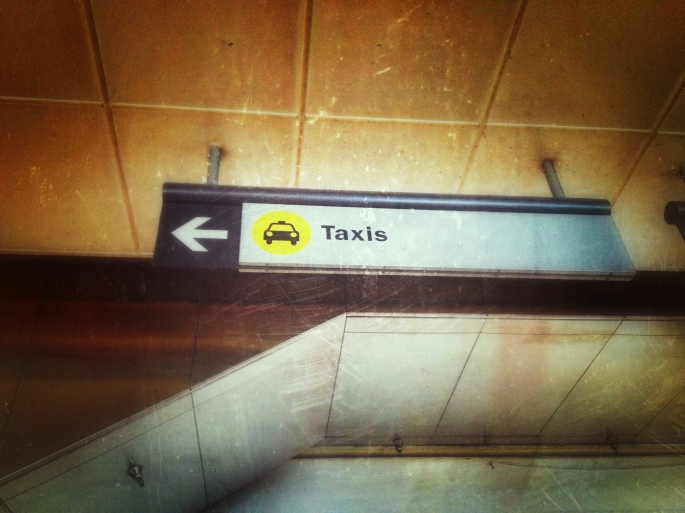 The feelings of being a stray at the pound waned.  Dogs don’t have cell phones.  I was being silly.  And I realized too, that dogs can’t just take a taxi if they get stranded at the pound.

But maybe they should.