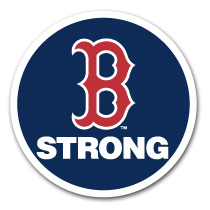 What the hell is happening to the world?

I asked myself this very question this morning.  I asked myself this very question last week when I heard about the bombings in Boston.  The news online has been rife with stories.  All week we were engaged with tales of woe and headlines filled with few answers, though questions abound.  It was almost surreal, like an old 50s newsreel that spun the front page of every national newspaper into focus for us to read.

Just last week I had written a journal entry that I chose not to post because I felt I was complaining about the stupidity of people too much.  I was afraid I would start to sound like a broken record.   I worry about things like that, can you believe it?  The world is falling down around me, the headlines are filled with tragedy and horror and people doing unspeakable things to other people and I’m worried that maybe I complain too much.

I’ll take credit for being a good boy with my priorities in order, thanks in large part to my mom, my dad and my wife.  Three people in my life have given me love and support and kept me grounded in reality.  They’ve shown me what happiness truly is.  Also, I’ve become self aware.

For a long time I’ve said self awareness might be a curse.  I worry that I look presentable when I leave the house, I worry that I offer enough personal space when I’m in line at the grocery store, I worry that I’m courteous and kind to others and make sure that I say please and thank you.  I don’t worry to the point that I lose sleep.  I’m just self aware.

I was in Walmart yesterday at 12:30 in the afternoon, and I can honestly say the majority of people in there were not self aware.

Sure I pick on Wally World, but I do it because it seems to be a microcosm of our society.  The customer service is horrible, the patrons are rude and self-centered, hygiene is an after-thought, the aisles appear to be increasingly disorganized every time I go in there.

What the hell is happening to the world?

I’ve become disillusioned to the hope that life no longer resembles an episode of “Leave it to Beaver.”  I think I was born in the wrong decade.  I’ve become frustrated by that fact, and I find it easy to write off any possible goodness in the world.  I find it too easy.

We take from life what we make from life.  Happiness, joy, sorrow, pain.  And the negative is always easier than the positive.  I don’t know why.  I know that staying positive and beating back the dark cloud of negativity or worse, apathy, makes the rewards of joy and happiness that much sweeter.  But I don’t know if that is the reason being positive is such a challenge.  It may be a question that never gets answered – Why?  Still, when I find that dark cloud hanging over me, or apathy setting in, I know with all my heart that Baseball is my salvation.

Bear with me, I’m taking the scenic route today…

When I was 18 years old, I worked in a kitchen for a woman who was the manager and head cook of a coffee shop.  She was a hard working woman.  A grinder, showing up every day and putting everything she had into her work.  I don’t know if she loved being a manager and head cook, but she did it.  And I don’t know if she loved it because she rarely, if ever smiled.  That is, until she met me.

I worked for her for a week before she quietly asked me to step outside so we could talk.  I immediately thought I’d done something wrong and was in trouble.  With her serious eyes she looked at me and asked “Are you on drugs?”

“Because you are so full of energy and you are always so happy.”

True words.  It was the first time I saw her smile.  Once she realized I wasn’t on drugs but just a happy, energetic kid she kind of took to me.  She sort of lightened up.  I had spread a little joy and happiness in the world.  It felt awesome.  I’ve worked really, really hard at staying positive ever since.  And it hasn’t been easy.  But I’ve tried.  And when I fail, two things have always been there for me.  Baseball and Music.

To anyone who has ever read my poetry, they might surely recognize that I’m heavily influenced by music.  I make a lot of musical references, and in my head I’m often writing poems as lyrics to unwritten music.  I’m a legend in my own mind.  As with millions of others in the world, music is a huge part of my life.  It has the power to touch us like no other medium.

It is no big secret that I’m a sucker for our National Anthem, either.  I most often hear it at ballgames, and it’s not unheard of for me to have to dry my eyes after hearing it sung live.

After 9/11, my wife and I went Washington D.C. for a visit, and my patriotism was more firmly rooted into my heart and soul.  That following year, in 2002, Sandra and I went to Angel Stadium to see a game on the anniversary of 9/11.  It was heartbreaking and bittersweet.  It was a celebration of life, and of unity that was as magnificent as any I’d ever seen.  Though I couldn’t help think all of the pain was unnecessary, I was honored to be in that stadium that day.  The previous eleven months had challenged my faith in humanity.  Baseball had brought me back.

I didn’t really follow the story of the bombings during this year’s Boston Marathon.  I kept up on some details through reading headlines, but I couldn’t let myself get more involved than that.  I’m no longer that teenager so filled with energy and enthusiasm.  It takes more of an effort these days to not fall prey to that dark cloud.  But in my mind I’m still so self aware.  Cautious not to be dragged down so far.

Don’t misunderstand, my whole heart has been with Boston since the moment I heard what happened.   But I get angry, and my anger wants nothing more than to act.  To find those responsible for such incredulous, indefinable stupidity and terror and bring forth the warranted capital punishment.  Dramatic, I know.  But that’s how I feel.  Boston wasn’t a strategic attack against a military or government base or persons.  It was indefinable.  The message lost.  The rhetoric unlearned.   For me there is no pity on those responsible.  Drag an innocent bystander into your hate and you’ve lost me.  Drag a kid into the mix, and all bets are off.  A recent quote from a movie trailer for the upcoming “Iron Man 3” kept running over and over in my head.

The persons responsible for this picked the wrong town, the wrong country to mess with.  It’s stupid, I know, to have a movie quote running through my head in a time like this.  But it’s how I felt.  Find the people and enact revenge.  By any means necessary.

I know what those words mean.  I know how some might feel about violence or retaliation.  There are war mongers and there are peace mongers.  I know each individual has their opinion.  I respect that.  My opinion is that when someone kills an innocent child they’ve forfeited any rights they might have otherwise had.

See, it’s difficult for me to stay positive.  I get so filled with emotion that I can’t stand it.  It affects my everyday life.  And the truth is there was nothing I could do this week to help the people in Boston except show my support.  In Los Angeles, I’m a world away.  And it doesn’t do me or my family and friends any good if I’m brooding and negative.  It might not be the best answer, but I fight all of this by staying somewhat disconnected.

In the back of my mind I slowly lose faith in the world around me.  I view humanity in a different light.  I become somewhat of a shut in.  I know it will pass, but only time will make it so.  On Saturday I helped pass the time watching baseball.

The Angels were playing the Detroit Tigers in a day game in Anaheim.  Sandra was working, the kids were away, and I had done a few chores before settling in for the game.  Halfway through the broadcast they cut to the game at Boston’s Fenway Park, for a live shot of the singing of the Red Sox’s unofficial theme song, “Sweet Caroline” by Neil Diamond.  It was the first game since the day of the bombings.  The stadium was packed with fans.  Neil Diamond himself came out to show his love and support for the city of Boston.  All of Major League Baseball was showing their unity with the city, too, by playing “Sweet Caroline” in every park at every game.  The television broadcasts were all cutting in to show the Boston feed.  The song is timeless.  The crowd cheered and sang along.  Many in the crowd, too many to even count, held up “B Strong” signs or American flags.

Divided we fall.  United We Stand.  A nation put aside it’s differences to aid one another.  I was in awe.  I had chills, and I cried.  I was proud of a city I’ve never been to, for a people I’ve never met.  The moment made me reflect on the night before when I had watched on television Bostonians flooding the streets to applaud the Police, Fire and EMS personnel for doing such a great job in catching those responsible.  One in the bag and one in a cage.  I’m happy with that.  As happy as I can be that this intolerable suffering need not occurred in the first place.  But our nation’s police and fire and emergency services did what they do best – Serve and Protect.  I stood in front of my television, filled with pride and humility and visions of a people victorious over evil and I was once again saved.  The assumptions and seemingly endless parade of stupidity and tragedies in our world that fill the headlines are but a fraction of what we as a race are capable of.  For every act of terror there are countless acts of love.  For every horrific death there are endless celebrations of life.

The happy moments don’t always get their due.  Kindness and humanity aren’t always the headlines grabber that violence seems to be, and though I feel WE are responsible for our society being that way, I’ll reserve complaining about it for another day.

I’m thankful that baseball has given us another opportunity to celebrate the positive.  To show our unity, not just as Americans, as baseball may be the only truly worldly sport.  On Saturday, baseball showed our unity as a world that refuses to be swept up in the delusional acts of one or two men.  Our world stands tall as a place where people reach out and take care of one another when it matters most.  And we are capable of so much more.

“And when I hurt,

Hurtin’ runs off my shoulders.

How can I hurt when I’m with you?”