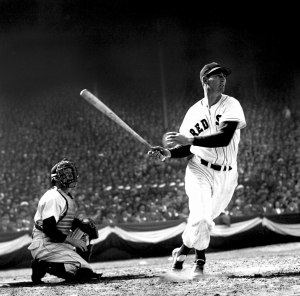 He is the last person to have hit over .400 for a season, an amazing feat.

Do you think Williams was going to let the fear of striking out prevent him from playing the game?  No.  In fact, some experts call him the greatest hitter who ever lived.

And oh yeah, Ted Williams was elected to the Baseball Hall of Fame in Cooperstown in 1966, cementing his legacy as one of the greatest ever.

It’s the strike outs that help make the hits so much sweeter.

Keep your chin up.